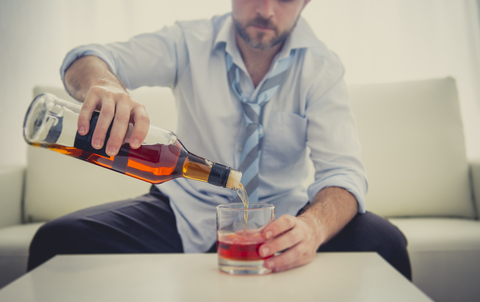 Are you concerned that you or someone you know might be an alcoholic? It’s not always easy to see when your drinking has crossed the line from moderate or social use to problem drinking. According to the DSM-5, a diagnosis of alcohol use disorder (which includes a level that is sometimes called alcoholism) is based on evidence of impaired control, social impairment, risky use, and pharmacological criteria.

Here is a list of 8 warning signs to help you identify if you or a loved one may be suffering from an alcohol addiction:

Have you needed to drink more and more alcohol over time to achieve the same effects? Tolerance occurs when a person no longer responds to a drug in the same way that person initially responded. Stated another way, it takes a higher dose of the drug to achieve the same level of response achieved initially.

Once physical addiction has taken hold, the alcoholic may experience withdrawal symptoms when going without alcohol for as little as five hours. Symptoms include depression, anxiety, irritability, headaches, nausea, clammy skin, and sweating. In some individuals, alcohol withdrawal can lead to delirium tremens (DTs), which may manifest as confusion, hallucinations, agitation, fever, and seizures.

Have you ever told yourself you were only going to have one or two drinks at happy hour and before you knew it you’d downed four or five? Consuming larger amounts than intended or using for longer periods of time than intended is a red flag sign of an alcohol use disorder.

If you’re drinking so much alcohol that you continually black out or can’t remember pieces of your night, it could indicate a drinking problem, especially if it happens on a regular basis. The inability to recall things that happen when you’re drinking is a result of grossly excessive blood-alcohol levels, which actually inhibit your brain from functioning normally.

This might include repeated work absences, poor school performance, neglect of children, or failure to meet household responsibilities. Alcohol addiction may also be indicated when someone continues drinking despite having interpersonal problems because of their use. This could include arguments with spouses or family members about the drinking; or, losing important friendships because of continued use.

People who suspect they may drink too much will make promises to themselves to cut back on drinking, or quit drinking altogether. Oftentimes, there will be many failed attempts before becoming successful.

Drinking can take a toll on activities. People who continue to expand their drinking so that the majority of their time and activities revolve around alcohol (everything from obtaining it, to consuming it, to recovering from its effects) may be showing signs of a drinking problem.

Alcohol addiction may be indicated when someone repeatedly uses in physically dangerous situations, such as operating machinery or driving a car. Additionally, some people continue to drink even though they are aware it is causing or worsening physical and psychological problems (i.e. drinking despite liver problems or drinking despite medication contraindications).

Experiencing just one of these signs doesn’t necessarily mean you’re a problem drinker or an alcoholic, but if you’re experiencing several of them (or you see numerous signs in a loved one), there is a very strong possibility that an alcohol use disorder may be present. If you or someone you know is exhibiting these signs, help is available. Talk to your doctor, seek professional counseling, or contact the National Drug and Alcohol Treatment Referral Routing service at 1-800-662-HELP (4357) or visit the online treatment locators for more information.