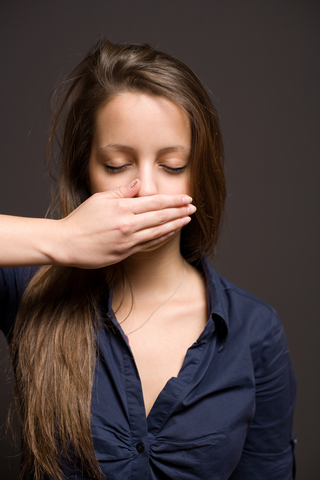 It’s a topic that can evoke feelings of discomfort and fear. One that’s often treated as a “hush-hush” subject that many of us would prefer just to sweep into the shadows, as if discussing it would be toxic or contagious. Yet, despite the fact that it’s a taboo word plagued with stigma and shame, suicide remains a serious national epidemic. According to the Center for Disease Control and Prevention, suicide is the second leading cause of death among young people in the Unites States, ages 10-24.

So, why is it that many of us are frightened to talk about suicide and come face-to-face with such a condemned topic? Because it can be difficult for us to comprehend what might drive another individual to suicide, and even more painful to imagine that someone we care for so immensely may choose to end their own life. It stirs up very deep, raw, and gut-wrenching emotions within us. We may turn inward and imagine the circumstances under which we ourselves might also make that choice. We view suicide as contrary to natural self-love, a violation of our primal sense of preservation, and an act of disobedience to the laws of God. In many religious circles, suicide is considered to be an unpardonable sin and those who commit the act will be damned for eternity.

Furthermore, there exists a common belief in our culture that talking about suicide will make someone suicidal. Many fear that by asking a person about suicidal thoughts or feelings, it may trigger thoughts of suicide or suicidal behaviors or heighten existing suicidal feelings. The assumption that asking about or discussing suicide could put ideas into someone’s head or “push them over the edge” is simply not true; evidence does not support that. In fact, it’s quite the contrary. Engaging in open, honest discussion about this very real and very final topic is probably one of the most helpful things you can do.

And it’s not only the general public who tiptoe around the subject. Police officers and law enforcement agents often use “special codes” in their language, like “no suspicious circumstances were apparent”, which the public has come to interpret as meaning suicide. Treatment professionals—those whom you would expect to be the LEAST uncomfortable with the topic of suicide—often feel apprehensive about discussing it as well. Throughout my career, I have experienced a plethora of doctors, nurses, therapists, etc. who are just plain uncomfortable asking about suicidal thoughts or behaviors directly when sitting with clients or while conducting risk assessments. Fellow professionals, you’re going to need to get comfortable using terms like suicide, death, cut, asphyxiate, vein, decapitate, burn, self-mutilate, and vomit. Practice saying them out loud in front of a mirror, over and over, if that helps.

It’s important to note that a lot of people have experienced some degree of suicidal ideation (thoughts about killing oneself, ranging from fleeting consideration to having a detailed plan) at one point or another throughout their life. But the majority of individuals who experience thoughts of suicide will never actually act on them. Usually, those who do attempt or commit suicide don’t really want to die. They just want their pain to end. By starting a dialogue and asking directly about suicide, you’re giving the other person permission to share openly about their suffering. People who have felt suicidal will often experience an incredible sense of relief when given the opportunity to verbalize their pain to someone with whom they trust and feel safe. Notably, once individuals start talking, they’ve got a better chance of discovering other options to resolve their pain, options that may remove suicide from their coping list.

The CDC suggests that the key to reducing the number of suicides is to reduce risk and increase resilience. But how are we supposed to accomplish this if we can’t even talk openly about suicide? Even though it may be hard, even if it feels terrifying, discussing what we’ve been so afraid to talk about will be a huge step towards abolishing the stigma of suicide that continues to plague our culture, and a tremendous step towards saving lives.